I was commissioned by, let's say, an office worker to create a couple of comic pages for a colleague who was leaving. The details don't matter. 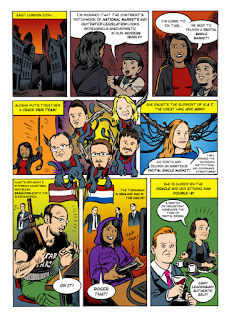 Featuring flying monkeys, a robotic hive-mind
Angela Merkel, The Queen, Brussels and stuff that
doesn't make a load of sense unless you're one of those pictured. 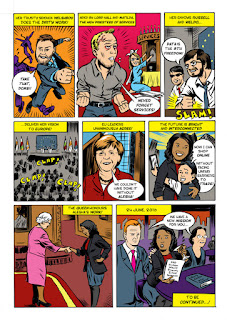 If I can blow my own trumpet for a second; I'm pleased with how I interpreted the script and how much I was able to cram into single A3 sheets of paper. ...Yep, it was all drawn by hand just as you see it. colouring and text was done in Photoshop though, I'm not a total Luddite.