I'm thankful to all who hired me. I enjoy it and they're pretty nice and straight forward: I get photo, I return drawing. bish bash bosh.

Photos I get are usually low-res, sometimes a couch or chair leg might be obscuring the animal, which if not too obstructing can be removed by me. Sometimes the lighting is poor, sometimes a background too distracting. My job therefore is to use that imperfect spur-of-the-moment photo, remove the background (though not necessarily) and turn it into something more permanent, more focused. Pretentious diatribe over, just look at the friggin' dogs. 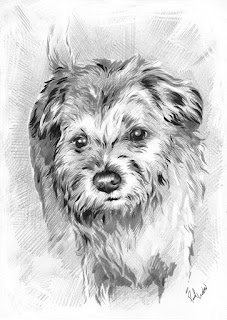 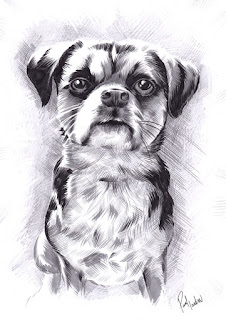 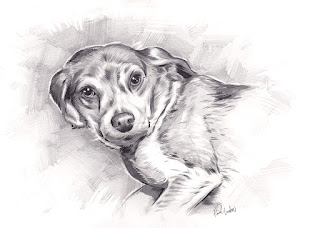 A couple of portraits from last year, both in black and grey ink. One cartoony in style and one a bit more straight laced, though faces weren't exaggerated at all in either. Something to think about for yourselves. 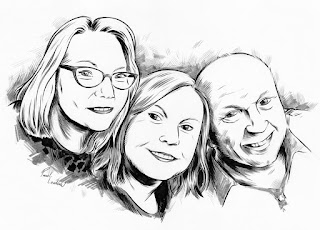 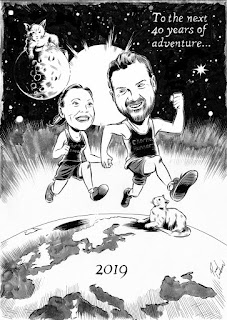 Two good friends of ours, from
Chorlton Runners' running club!
They run in lots of different countries,
and have two cats. Also, he turned 40
and she bought this for him.
Posted by Paul Loudon at 20:08 No comments: 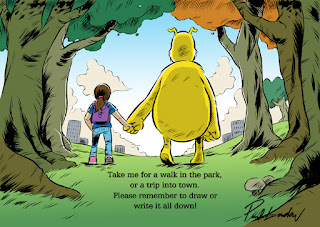 This image is from the "Mr. Alzheimer's" activity pack. It's a precursor to the children's school book created earlier this year: http://p-loudon.blogspot.com/2019/06/mr-alzheimers-goes-to-toyland.html 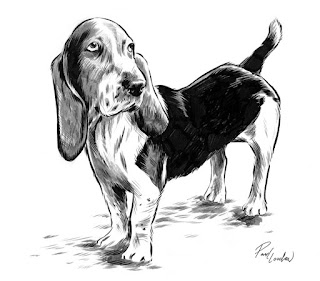 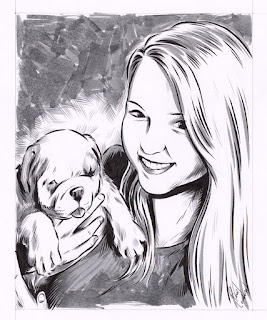 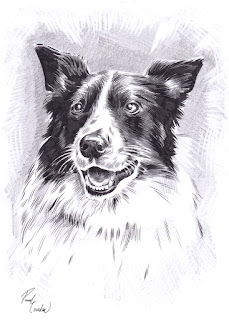 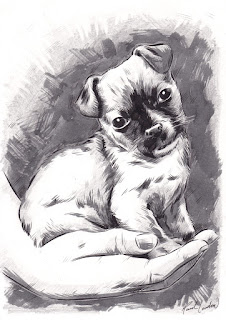 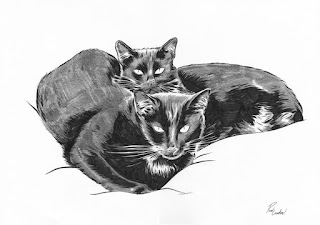 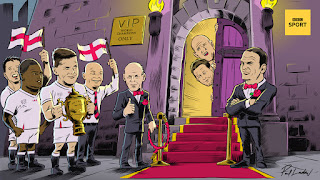 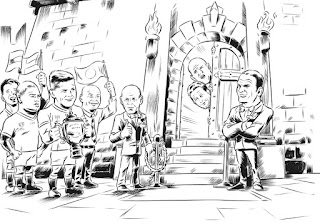 Fuzzy Duck, a Media City (Salford, UK) - based design house hired me to work on a project for Manchester United Football Club. Exciting, not only because my hastily-typed stream of emails actually yielded a client, but of course Manchester United probably rank in the top 3 of organisations that I can now claim on my CV. ...The other two being Microsoft and Huawei, however whilst those two global giants got unpolished, scribbly storyboards, (the Microsoft one's in particular being mostly unused by the client) this footy project is something I can show off without cringing. 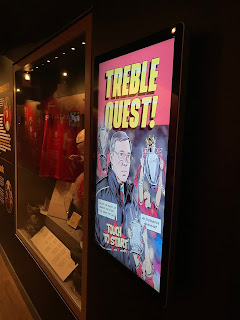 The final product is an interactive
touch-screen game located on a
large display in the Manchester
United Store, Old Trafford.

Think of it as Football Manager-lite. The player has to guide Man U through to winning the treble cups in the year 1999. The three cups being The Champion's League, FA Cup and Premier League trophy. 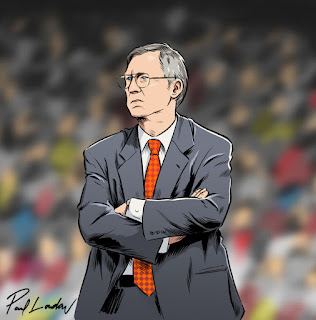 Essentially you get to be Sir Alex Ferguson;
chewing gum and po-face, not essential.
His image is all over this game. 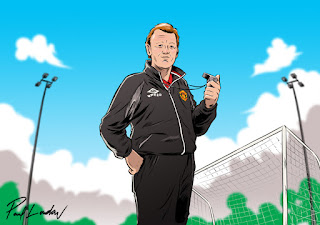 Assistant Manager Steve McClaren also turns up
to blow his whistle in your face. 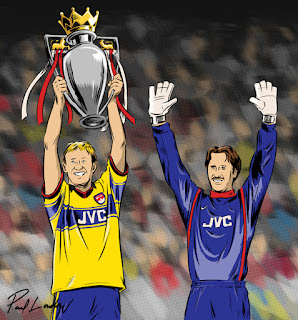 This is what happens if you completely screw it up.
Seaman is from South Yorkshire, where I once lived.
I know this because drunken knobs were chanting it
back in the summer of Euro '96. 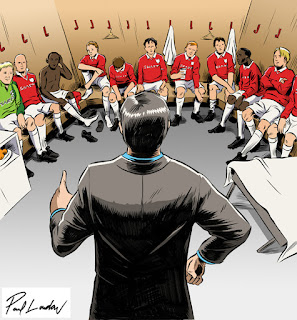 I won't spoil the ending just yet, you have to go and play it, score some goals and whatnot. Go, now!

It's not what you know, it's who (whom?). Last year, a good friend of mine passed my details on to his mother Joy, who is very active in raising awareness of the infamous neurodegenereative disease, Alzheimer's as well as being afflicted herself. Looking for someone to redesign a character, yours truly was drafted in. 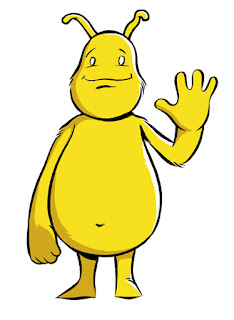 One of my original interpretations
of Joy's funky yellow character.

Since then it's been a gloriously wild ride at Paul Loudon Illustration, with postcards, a children's school book and an activity pack to work on. The opportunity to collaborate with Emma Smith (age UK Salford) and Dr. Joy Watson has been a true highlight of my career, culminating in a book launch in which I felt like a minor celebrity. Kids from local schools were there and did a great job entertaining the crowd with shadow puppets. LINK 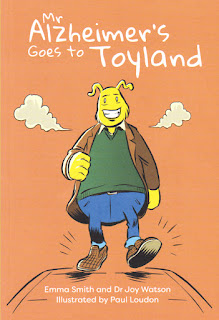 The book cover. Carbon Creative
worked their magic on one of my
interior illustrations, I like it!

Furthermore my illustrations for the book were passed on to Carbon Creative LINK, who did a grand old job compiling the thing and making it look proper. So, a shout out to them. 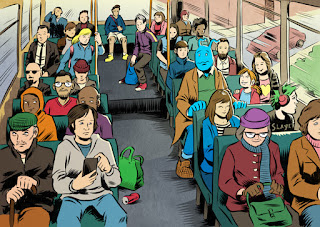 One of the more complex images, shows "Mr. A"
looking a bit lost and confused, before a young girl
asks him where he's going. ...Mr Alzheimer's turns
blue when in distress. 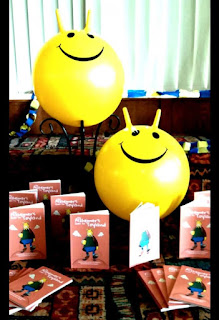