Just a quick post today as I am due to go running in about 20 mins (go Chorlton Runners!).

...Anyway, mid-last year I was called upon to create a music single cover for a guy called Roy Fisher. Though whether it has been printed out and distributed, or remains as an itunes exclusive, I am not sure (nor do I care that much if I'm honest). The band is "One Dark Horse."

Pretty standard process; series of sketches to make sure I was on the right track. He wanted a woman in front of a ship. Hopefully I will post the youtube video below, so you will see why. 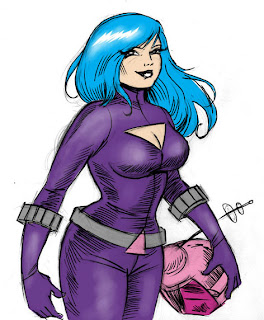 Often, as was the case here, it's worth doing a colour sample. I personally like the triangle cleavage cut-out which mirrors the triangular belt buckle. Blue hair is always very sci-fi. Possibly a combination of the above made this gal the winner. 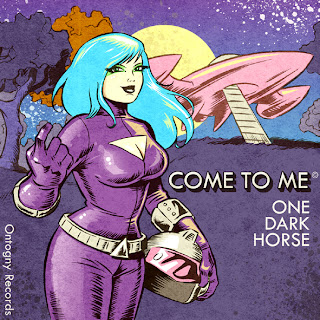 Roy was adamant that she needed to be beckoning towards the viewer. This was a challenge and a nightmare of foreshortening. I'm still not sure that it's 100% right. I was also uncharacteristically reserved on the text. Final lines were drawn with a brush pen. Added a few textures and voilà. ...Enjoy...

Fact or Fiction: The Paris and M6 Crashes

I'm published: fact. Not quite for the first time, but this time could be interesting. I was contacted some year-and-a-half ago by a man called Colin Hall. Colin claims to be a security consultant whose job has taken him literally around the world. A paranormal enthusiast, he has become meticulously embroiled in intently investigating some online rumours about mysterious crashes, disappearing bodies and some curiously related blog posts. 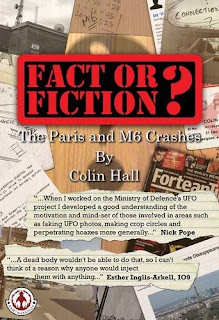 To cut a long story short. It was my job to illustrate, layout and compile the book; this was no mean feat. It was very much a grubby hands-on affair. I had access to hundreds of photos, hundreds of sketches (Colin Hall cannot draw too well, so I was in the position of re-drawing and making sense of his sketches), stills from a truly baffling youtube video and a ton of text to weave through it all. 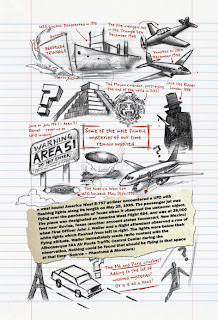 Colin's approach to investigative journalism is holistic; the book is chock full of references to a plethora of conspiracies and spooky mysteries worldwide as he wanted to put the whole thing in context (see the above sample page) as well as drawing possible connections between those more "established" mysteries and this relatively recent one. I use the word "established" tentatively; it's worth noting that a large chunk of the internet now seems transfixed on these happenings, as well as articles in such long-running conspiratorial magazines as The Fortean Times. 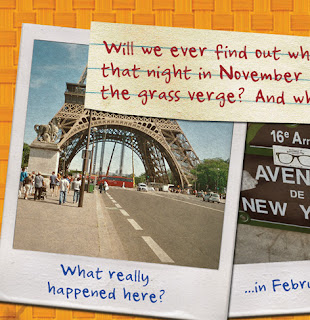 Colin Hall's book has certainly been a unique challenge for me and my burgeoning layout skills, I wish him well on his quest. It's a quest which does not end with the book; the reader is encouraged not only to get involved but to report his/her findings to Colin directly. So if the thought of helping unravel a unique and genuine real-time mystery appeals to you, then they may not come much better than this. Will there be a sequel and will you be part of it? Maybe the question ought to be, how many sketches and wine-stained Parisian place mats can I deal with in a lifetime?!