This Is Not a Love Song

Call me a friend, a helper, pain in the arse...whatever. I've tried for ages to let Paul allow me to blog and well, now I have full reign *mwwaaahahahaha*. I'm not allowed to post 'as' him though.

I've known Paul on and off for some years now. Look, I have proof...yeah, check that one out. We were doing some filming for a friend's rendition of Doctor Who. I look really impressed on that pic. BTW, I'm not the one in the combat gear. 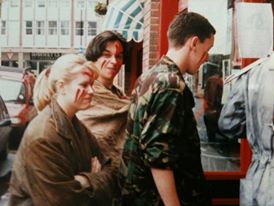 Anyways, enough of this nonsense.

I am here to try and help Paul achieve world domination as an illustrator. I think it can definitely happen, after all, he is like one of the most talented species of illustrator that I've ever seen. I'm also here to fill in with bloggy stuff when he is taken away from us by unforeseen circumstances. Y'know, like a job. I on the other hand, cannot draw, nor can I paint, although I'm pretty damn killer at painting my nails.

But that's not why I'm writing.

The other day I was watching a show called Cowboy Builders. It's one of those shows where they come over and fix the work of someone who did a botch job on someone's house and then some dude goes off and makes a big fool out of the 'cowboy' in question. In this particular show, they hired a muralist to paint an image on one of the bedroom walls.

A muralist! I immediately contacted Paul and told him he needed to become a muralist. He thought I'd gone mad, but I reminded him of the times he had done some wall paintings of his own. 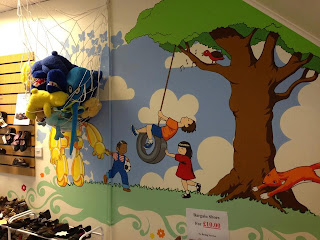 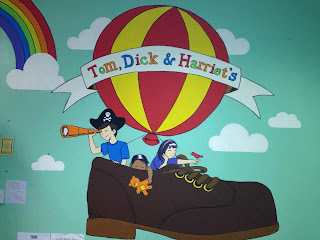 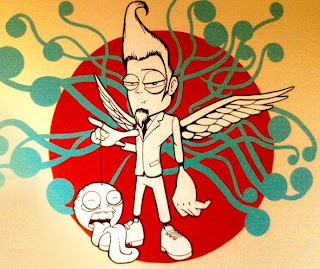 I seriously think Paul needs to consider expanding his career and add muralist to his repertoire. What do you think?
Posted by Paul Loudon at 16:58