I always make a point to use the word "diverse" in describing the range of projects I have worked on. Well, this one come straight out of left field. That being said, I had worked with famous footballers before ...and by "with" I mean as an unknown entity, on the same project, for vastly different salaries. Sad face (not really sad, I'm always happy to be employed).

Back in January, I worked on a commercial starring several Manchester United football players. The ad was for international fruit juice brand Chivita and the post-production company I worked with were Bark & Bite (Manchester). In the advert, the players (Wayne Rooney, Juan Mata, Marcus Rashford and Eric Bertrand Bailly), drink some juice before gathering round a Chivita themed pinball machine "Chivita, 100% Pinball" as the illuminated backboard says. See the video here...


As you can see the scenario is like an analogue version of Disney's Tron; the players are miniaturised and play football-pinball against the machine. My role was to create the artwork for the sides of the main body of the machine as well as the "backbox" sides and "backglass" where the score is displayed.

Combining fruit, football to make it look hopefully interesting and pinbally:
The sides of the main body of the machine.

Kaboom! The sides of the backbox.

Aside from a supermarket-load of fruit, that backglass is where my illustration of the players comes in. First drawn separately, they were composited together like the reflections of the players themselves, frozen in time. ...Just watch the bloody thing, it's hard to explain! 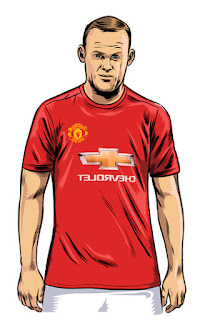 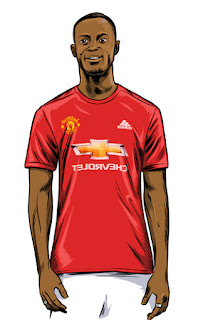 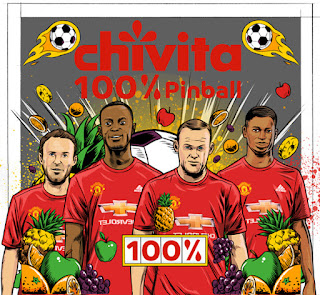 This is the final post-transition backbox with the
players in their frozen reflections. Some of the above
elements were created entirely for mock-up and some
were in the final commercial... 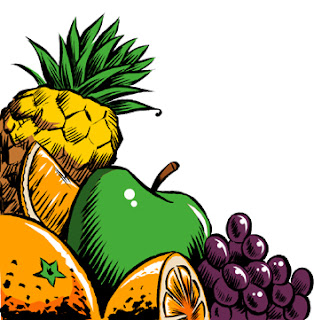 ...Such as the fruit corners. Thanks for reading!!!