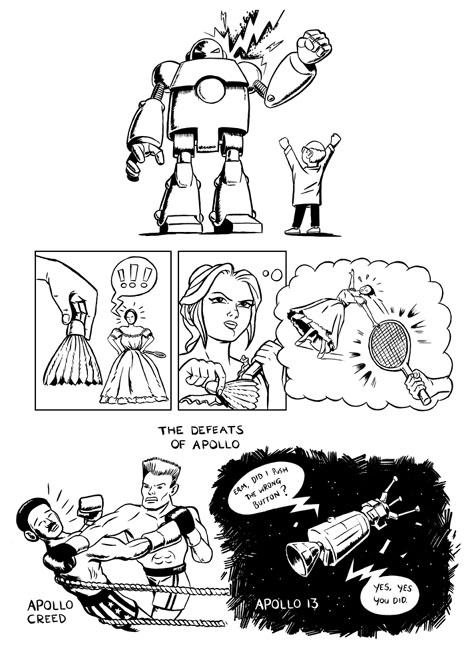 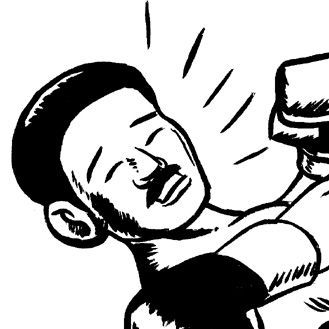 The Right To Bear Arms

I drew this about a year and a half ago... 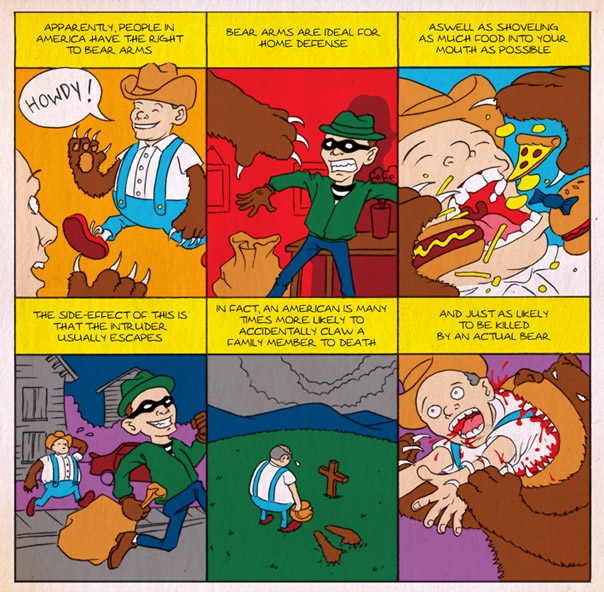 It was an idea that popped into my head that I felt I just had to get down on paper. Unfortunately this was just prior to my current obsession with traditional inking, so it doesn't quite have that vintage comic look that I was after. Also unfortunately, I recently saw an episode of Family Guy in which a similar "Bear arms" gag reared it's ugly head. Arrrgh! So just for the record, I made this, before I saw that.

The vague statistic in my comic strip is based on something I read about actual gun ownership in a Bill Bryson book. (Most likely "Notes from a Big Country" ...though I read it about ten years ago, if I could have been bothered to look up the actual passage which mentions the statistic as a percentage; I may have used it.)
Posted by Paul Loudon at 11:24 No comments:

Materials used:
Indian Ink and Brush (Windsor and Newton University Series size 3)- (for Darth Vader waves and Jaws - I am aware that Jaws was not the shark's name! It was Bruce). Technical pen for the rest and Photoshop for colour. Texture was made by scanning in a blank sheet of paper and layering. All text drawn by hand. 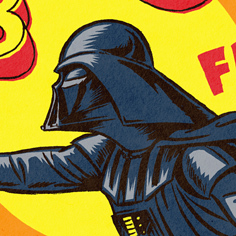 Ever had one of those days where you just want to draw Darth Vader doing stuff?
Luckily for me this desire coincided with a friend of mine Robert Pipe requesting that I draw a poster/flyer for his London-based comedy night called "The Forgery." Movie themed of course. "Like" the Facebook page here: http://www.facebook.com/#!/TheForgeryClub 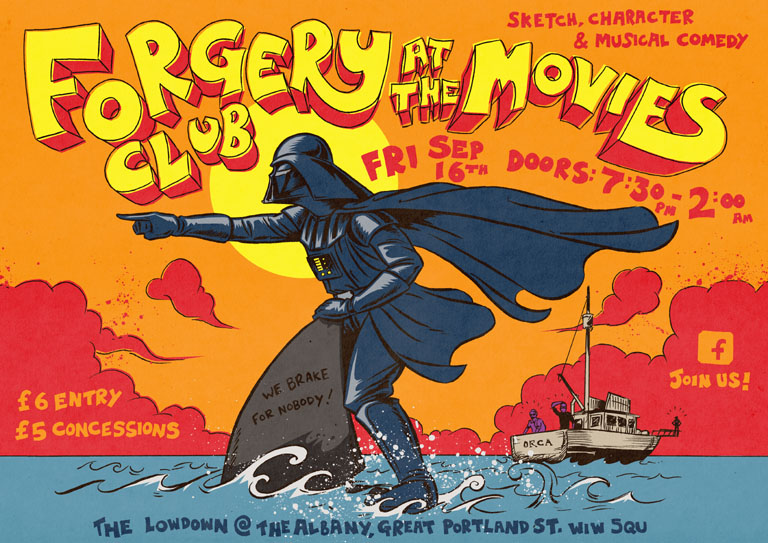 Click to enlarge.
Ahh Star Wars and Jaws; don't quite know if there will be any sketches involving those two films. "We Brake for Nobody" is a reference from the spoof film Spaceballs (Mel Brooks), I thought I'd put that on there when I realised that my picture of Darth has a slightly oversized helmet, much like "Dark Helmet" (Rick Moranis) obviously.
Posted by Paul Loudon at 23:21 No comments:

Thought I'd cut right to it and post my newest drawing. The thing I am into at the moment is inking comic-book style with a brush; so it was with a degree of "geek-thusiasm" that I embarked on a commission from Stewart Sutherland of Podcast on Fire (go there if you like East-Asian cinema, do not delay).
He volunteers at a "community" cinema in Leven, Fife and they are having a "Superhero Weekend" 12th - 14th Aug ...do check the website if you are in the area. 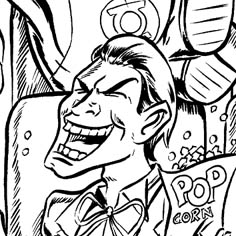 I mention the whole inking thing because I think it's worth noting that you cannot achieve this kind of stuff with a technical pen. I have kind-of known this for a while but never had the balls or the inclination to give brushes a whirl until recently; when I started on my own comic book. More on that later.
So, I had a list of movies to include on the poster and therefore a wealth of characters to toy with; DC and Marvel. I also didn't want to draw Heath Ledger OR do a poster in which the muscle-bound are being "so serious" all flying towards the viewer, being holier than thou (like something by Alex Ross - whom I admire greatly all the same). Superhero films are fun right? 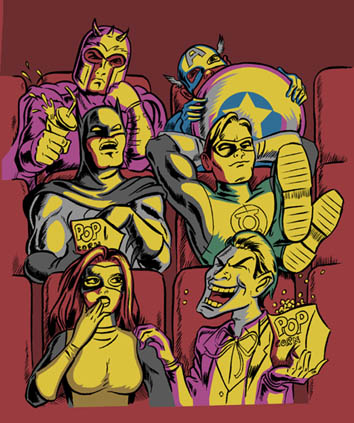 So I had the super's as if they are WATCHING the movies. Ha! It had to be; breaking the fourth wall like the Hulk smashes, erm walls. Initially I thought of having the characters as if they are shooting a movie in Fife, including some local landmarks. But the idea of committing to something so epic instantly made me want to give up, make another cup of tea and watch crap telly. 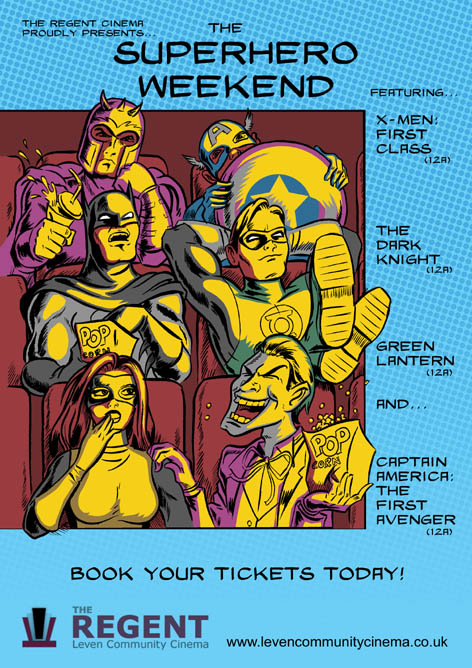 Coloured and composited in Photoshop. I would like to point out that the font I used is not comic sans but something called "Lito Lapad." Which is all nice on account of not being comic sans. All critiques welcome.
Posted by Paul Loudon at 13:45 1 comment: